Tucson, AZ-  The Western Regional Society of Nuclear Medicine will honor Alan D. Waxman, MD with the presentation of the Western 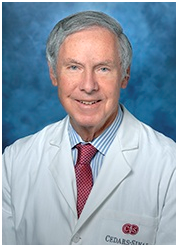 Pioneer Award in recognition of his decades of service and lifelong positive impact on Nuclear Medicine and the Western Region SNMMI. The Award will be presented at the Western Region Annual Meeting, scheduled for November 1-3, 2019 at the El Conquistador Hilton Resort in Tucson, Arizona.

Waxman received his undergraduate degree in 1959 in Biochemistry with honors from the University of Southern California and his medical degree in 1963 from the University Southern California Medical School.  From 1963-64 he interned at Los Angeles County General Hospital (LAC) and from 1964-65 was a resident at the Los Angeles Wadsworth Veterans Administration Medical Center.  From 1965-67 he was a Clinical Research Associate at the National Institute of Health Metabolism Service Cancer Institute.

He began his academic career at USC Medical School in 1968 as Assistant Professor of Radiology and for the next 50 years served in various capacities in Radiology and Nuclear Medicine.  At the same time he was staff radiologist for LAC/USC. For the past 40 years Waxman has served as Clinical Professor of Radiology for LAC/USC Medical Center at Attending Physician at Cedars-Sinai Medical Center.

Doctor Waxman has been active in organized medicine in general and nuclear medicine in particular for his entire professional career.  He joined the Pacific Southwest Chapter of the Society of Nuclear Medicine (then called the Southern California Chapter) in 1968 For the Pacific Southwest Chapter he served in many volunteer capacities including  Councilor, Scientific Program Chair, Secretary-Treasurer, President-elect and then President. He continues active involvement to this day.

For the Western Region, he contributes extensively to governance and to the Scientific Program Committee, serving as co-chair and then chair in 1988.  His service at the National level includes leadership positions on the Correlative Imaging Council, Brain Imaging Council, the Education and Research Foundation, the House of Delegates and the Board of Directors.

As a small token of appreciation for his 50 years of extraordinary service the Western Region will present Waxman with a plaque for the Western Pioneer for Trailblazing Leadership in Nuclear Medicine.