Vancouver, BC- Naomi P. Alazraki, MD from Emory University School of Medicine and the Veterans’ Affairs Medical Center in Atlanta has been selected to give the Taplin Lecture at the 2017 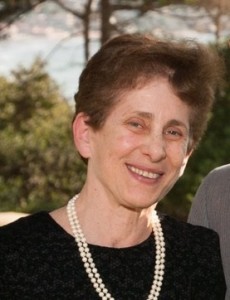 Meeting of the Western Regional Society of Nuclear Medicine to be held November 3-5, 2017 at the Western Bayshore Hotel in Vancouver, BC. The Memorial Lecture is named after George V. Taplin, MD, distinguished physician and a pioneer in the development of nuclear medicine as a clinical specialty. His career in medical research spanned more than four decades and was devoted to developing new diagnostic procedures for better patient care.

Doctor Alazraki received her bachelor’s degree from Bard College in Annandale-on-Hudson, NY and her medical degree from the Albert Einstein College of Medicine in the Bronx, NY. She interned in Pediatrics at the Bronx-Lebanon Hospital Center in New York, followed by a residency in Pediatrics at the University Hospital in San Diego and a residency in Radiology and Nuclear Medicine at UCSD.

Within the Western Region she chaired the Scientific Program Committee for the Western Regional Meeting in 1977, was elected Secretary/Treasurer of the Southern California Chapter (now Pacific Southwest Chapter) of the Society of Nuclear Medicine rising to President from 1980-1981. Alazraki has also been active with the American College of Radiology, American College of Nuclear Physicians, the Radiological Society of North America and the Academy of Radiology Research.