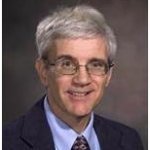 Professor of Radiology and Director of the University of Southern California Nuclear Medicine Fellowship Program with the presentation of their Distinguished Service Award. The Award will be presented at the 2019 WRSNM Annual Meeting, November 1-3, 2019 at the Hilton El Conquestador Resort in Tucson, Arizona.

The WRSNM Distinguished Service Award is given annually at the WRSNM Meeting to a physician, physicist or scientist, or a Nuclear Medicine technologist based on the individual’s exceptional service to a Western Regional Chapters, their local chapter or to the Society of Nuclear Medicine and Molecular Imaging (SNMMI).

Doctor Colletti is Professor of Radiology, Medicine, Biokinesiology and Pharmaceutical Sciences and Nuclear Medicine Program Director and Division Chief at the University of Southern California. He is board certified in radiology, nuclear radiology, and nuclear medicine. He was the Director of the LAC+USC Imaging Science Center for 13 years. He has 311 peer review papers with 11188 citations,  His expertise includes imaging science, and he received a MSBME degree in biomedical engineering at USC in 2002.

He has extensive editorial experience and is Cardiopulmonary Imaging Section Editor for American Journal of Radiology and Editor-in-Chief for Clinical Nuclear Medicine. In 2003, he completed a six-month sabbatical to study MR at Huntington Medical Research Institute. Dr Colletti was funded by the NIH from 2004 – 2008 to study the comparison of cardiac function by MRI with CT coronary calcium scores in 385 elderly volunteers from the South Bay Heart Watch cohort. He is completing NIH funded studies of 3T MRI of carotid artery plaque.

Doctor Colletti received his undergraduate degree in Chemical Engineering from Rutgers University in New Brunswick, New Jersey in 1971, a medical science degree from Rutgers in 1973 and his medical degree in 1975 from the Robert Wood Johnson Medical School also in New Jersey. In 1975-1976 he had moved to California for in internship in surgery at the University of Southern California Medical Center in Los Angeles. He followed this in 1976-1979 with a residency in Radiology at USC and received board certification from the American Board of Radiology (ABR) in 1979.

From 1979-1980 Colletti completed a USC fellowship in Nuclear Medicine and in 1980 was certified in Nuclear Radiology by the combined boards of the ABR and the ABNM.  He continued his education receiving a Masters Degree in Biomedical Imaging from USC and took a Sabbatical in 2003 at the USC-Huntington Medical Research Institute to study Cardiac MR. In 2013, he became ABNM certified in nuclear medicine.

The list of Doctor Colletti’s activities is too extensive to itemize here but for his service he received the ABR Volunteer Service Award in 2015, the ACNM “Clinical Mentor of the Year” award in 2016, the ACNM “President’s Award” in 2016, his Fellowship in the ACNM and SNNMI in 2017, Division of Biokinesiology Special Tribute in 2019 and now the Western Regions Distinguished Service Award.

He was promoted to the rank of shodan in Shotokan karate in 2018.