Tucson, AZ – The Western Region Society of Nuclear Medicine (WRSNM) will honor  Johannes Czernin, MD, from the University of 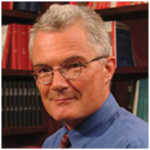 California Los Angeles (UCLA) with the presentation of their Distinguished Scientist Award. The Award will be presented to Dr. Czernin at the 2019 WRSNM Annual Meeting, November 1-3, 2019 at the El Conquestador Hilton Resort in Tucson, Arizona.  The Award is given annually at the WRSNM Meeting to an individual who has made significant contributions to the Clinical Science of Nuclear Medicine or Molecular Imaging.

As the Chief of the Ahmanson Translational Theranostics Division of UCLA’s Department of Molecular and Medical Pharmacology, Doctor Czernin has over 25 years of experience in clinical PET, PET/CT and preclinical microPET and microCT imaging.  His group has recently been awarded an Investigation of a New Drug by the FDA for a clinical trial of 177Lu-PSMA 617 in patients with castrate resistant prostate cancer indicating that PSMA targeted Theranostics are now the centerpiece of their clinical and academic mission.  Their current research focuses on understanding resistance to molecular radiotherapies.

Doctor Czernin received his Medical Degree in 1983 from the University of Vienna in Vienna, Austria. For the next six years he served as University Assistant in the Departments of Occupational Medicine, Cardiology, Gastroenterology and Internal Medicine. Then in 1989 he emigrated to the United States to undertake the Max Kade Research Fellowship at UCLA School of Medicine’s Division of Nuclear Medicine, Laboratory of Biomedical and Environmental Sciences.  In 1991 he continued as a Research Fellow and from 1991-1993 he served as Visiting Assistant Professor of Radiology. From 1992-1998 Czernin was Assistant Professor in the Department of Molecular and Medical Pharmacology at the UCLA School of Medicine where in 1996 he took on the role of Director of Nuclear Medicine.  From 1998 to 2004 Czernin was Associate Professor, Department of Molecular and Medical Pharmacology/Nuclear Medicine and Department of Medicine. Within that time period, in 2000 he became Vice Chairman of the Department and Chief, Ahmanson Translational Imaging Division.  He 2004 he was awarded full professorship.

Czernin has made major contributions to clinical and preclinical applications of Positron Emission Tomography (PET) demonstrating a highly significant impact of PET imaging on the management of patients with Prostate Cancer, Sarcoma, and Lung Cancer. At the Ahmanson Translational Imaging Division at UCLA, together with Dr. Caius Radu, he has established an exciting and well funded research environment which has grown substantially over the last several years. The Division includes the Nuclear Medicine Clinic, a clinical imaging research program, a drug and probe development program with a strong underpinning in tumor biology, and a new preclinical imaging center. The success of the Division is based on extensive collaborations within the department of molecular and medical pharmacology and across several other departments including medicine, surgery, radiology, neurology, pathology and others. Dr. Czernin has served as the president of the Academy of Molecular Imaging and has published more than 220 peer -reviewed research papers. He currently serves as the Editor in Chief of the Journal of Nuclear Medicine.